About The Author - Don Tocco 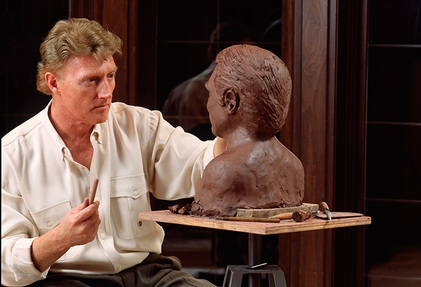 Don Tocco sculpting
DONALD L. TOCCO is a businessman and the founder of Tocco & Associates, Inc., a national marketing company.  The corporation develops business for the heavy industrial construction industry. Starting his business in 1974, the corporation has introduced its clients to over 750 manufacturing facilities across the United States, Mexico, and Canada.

Don’s passion for helping others grew in 1972 when he was invited to be an assistant instructor for the Dale Carnegie Leadership Course and Sales Courses, sponsored by the Ralph Nichols Corporation.  He was involved in twenty one separate classes over nine years.

Parlaying his communication skills, he donated considerable time to youth programs including Hugh O’Brian Youth Leadership (HOBY) of Los Angeles, California and was asked to be its keynote speaker for the World Leadership Congress in 1987 and invited back 23 years in a row.  His presentations have reached young leaders from every state in America and 70 countries.

In 1988, after personally seeing the benefits of inspiring young people in H.O.B.Y.,  Tocco founded the Youth Enrichment Series (YES) which was later recognized by the then General Motors EDS Corporation. YES is a program with powerful “real world” tools for youth, presented by Don to 4th  and 5th grade students in over 25 elementary schools in Michigan. Students continue to write years later to recognize the value of the ideas.
He has spoken at America’s major colleges and universities, including: Hillsdale College, University of Michigan, Michigan State, Johns Hopkins, Arizona State, The George Washington University, Rice, Spring Arbor College, Ohio State, and Tufts University.  He has shared the podium with notable figures, including a past President and a past Vice President of the United States, Nobel peace prize winner, Senators, Congressmen, industrial leaders, famous authors and economists.

The combination of an enduring career serving the industrial marketplace has been balanced by a lifelong commitment to family, friends, community service and faith in God.  The artistry found on these pages is another facet of his love for beauty and zest for life.  His main theme and goal in life remains helping others reach their ultimate potential.